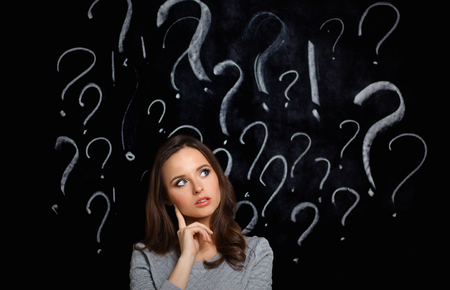 All of us live by standards, even if we don’t want to call them that.

There are certain unwritten guidelines that we have set for ourselves that govern our choices and behavior in different areas of our lives.

Not that many years ago, our American society as a whole used Biblical standards as guidelines for governing what was acceptable and not acceptable. The last six of God’s Ten Commandments were pretty much the rule that society lived by as a standard for morality and ethics in our treatment of others. Even the first four commandments were respected to some degree by the majority of society as an underlying guideline for language and lifestyle.

Yet, it seems that the degeneration of our society over the past 40-50 years has manifested itself in the church as well, even as we decry the departure of society from the basic social and moral values of the Bible.

As a whole, believers and the church have abandoned Biblical authority over our practical living as we succumb to the same challenge to God’s authority that has driven people away from God for millennia.

The underlying issue is a challenge to the authority of God.  The question is the same one that the serpent used in Genesis 3 to challenge Eve’s thinking and plant the seed of doubt in her mind about God’s authority over her. It started with a simple but profound question:

That question has been at the crux of Satan’s attack against God’s truth since the beginning to draw men away from accepting God’s absolute authority in their lives.  It is also the exact question that is at the heart of the degeneration of the church in general, and specifically, the abandonment of holiness as the goal of individual believers in our Christian lives as we question God’s authority in establishing individual standards for living.

When Satan can get believers to question the authority of God in our lives by challenging His message and its application, he has then undermined the entire foundation of the Christian life.

Satan’s challenge to Eve was rooted in redefining what God had said– “You won’t really die.” Once she diverted from God’s original intent in His command and application, she was ripe for the picking (pun intended).

Throughout Scripture, God commands His people to be holy, because He is holy and as He is holy (Lev 11:44-45; Lev 19:2; Lev 20:7, 26; I Pet 1:15-16). In the modern day church, however, holiness has been redefined as a movement or ideology rather than an actual lifestyle.  Instead of prioritizing holiness as a command of God for us to become what He wants us to be, we redefine it as an ethereal guideline that keeps us from becoming as sinful as “unregenerates.”

After all, “it is impossible for us as fallible (albeit redeemed) humans to live without sinning, so it is ridiculous to expect that any person, even a saved one, could be as holy as the sinless and perfect God is holy, right?”

With that reasoning, we are right back to the original question: Did God REALLY say that I need to be holy? Surely, He didn’t mean that I need to live without sinning, since that is impossible.

Thus, we have just undermined the authority of God in our lives by questioning His command in trying to redefine its application—exactly like Satan did with Eve.

Our problem with challenging God’s authority in redefining application is rooted in a doubting of God’s power.

Basically, the argument against absolute holiness comes down to whether God has the ability to keep us from sinning as a believer.

As Christians, we are taught in the Bible that we are indwelt by the Holy Spirit of God (1 Cor 6:19). That means that we have the advantage of having God’s presence with us all the time to help us understand and to do what is right (Rom 8:14). Literally, God is inside of us, telling us how to live—not in generalities, but in specific actions and choices, minute by minute.

So, the question that must be answered is this—would God ever tell us to do something that is sin?  The answer is an obvious “NO.”

The next question is equally as important—is God strong enough to keep us from sinning?

Your confidence in God’s power determines how you answer this question. If your answer is no, then you have denied the power of God in the life of a believer, undermining the very foundation of your salvation. If you answer yes, then you have just confirmed that the power of God in a believer’s life is literally able to keep us from sinning, thus making possible true holiness.

Then why do we, as believers, sin?  Because we choose to rebel against God’s authority as we redefine His application and doubt His power.

God’s Authority in Our Standards

So, what does all this have to do with our standards?  I’m glad you asked.

But because this post is already longer than I intended,  I will continue to develop this thought in my next post: Did God really Say? (Part 2)

I hope to see you there.

No one is perfect. We all need to grow.

And growth occurs when we become uncomfortable enough with our present condition that we consciously take specific steps to change what we do not like.

Sometimes it may be a bad habit. Other times it may be something about our own character that needs refining. Regardless, change in a positive direction does not occur by itself.

But improvement always requires effort to resist the negative and be influenced by the positive.